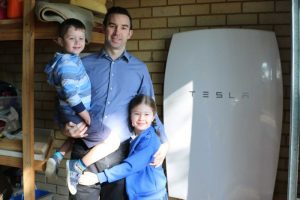 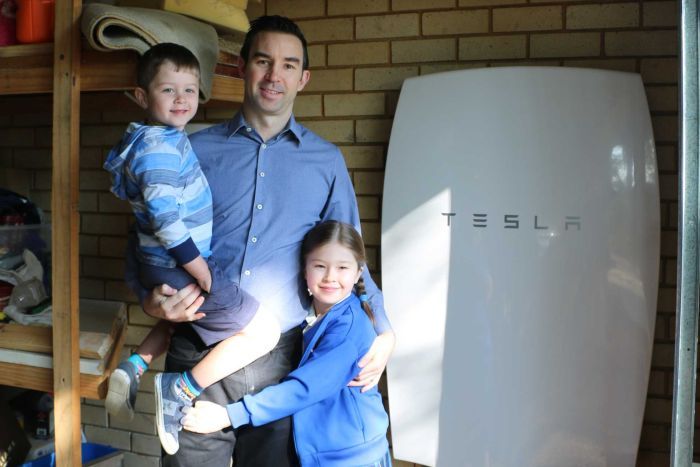 As power prices continue to surge, Australians believe household solar storage batteries are the key to cheaper and more reliable energy, according to a new poll of 2,000 households.

The Climate Council found nearly three-quarters of those surveyed believe batteries, coupled with solar systems, would become commonplace within 10 years.

Of those who already had solar systems, 68 per cent were considering adding a household storage battery.

Most said the primary motivation for buying a solar battery was to reduce power bills.

Only 6 per cent believed consumers were driven by the need to protect their homes from blackouts.

More than half said they expected large-scale batteries like the one being built by Elon Musk in South Australia would also become common in the next 10 years.

“I think it’s very encouraging that Australians really do get the importance of new technology. There is very little appetite for keeping aging coal fire stations running in the Australian populace, frankly,” he said.

‘It protects us against price rises’

Photo: Murray Green is keeping track of his power bills, which he says have halved since installing a battery (ABC News: Rebecca Armitage )

“Right now, it’s not really worth it to feed the electricity back into the grid so using the battery to store the power and then consume it yourself, it just seemed like a better way to use the solar panels,” he said.

“Power prices are going up and so it makes sense to try to reduce the amount of power you’re buying from the grid. I think now for me, the higher the prices go, the sooner the system will pay off.”

“It protects us against price rises in the future.”

The price of storage batteries in the first half of 2017 only dropped by 5 per cent on the back of a significant fall at the end of last year.

Consultancy firm Sunwiz founder Warwick Johnston said while the number of battery installations had doubled from last year, many people were waiting for the price of batteries to drop significantly.

“We expect to see a price reduction of 30 per cent in the next couple of years,” Mr Johnston said.

It’s currently estimated to take 10 years to pay back the initial outlay for a solar and storage system, with batteries only having a decade-long shelf life.

Mr Johnston said he expected there would be a surge in uptake when it took only seven years to recoup the cost of the battery.

Should you wait for battery prices to drop?

Photo: Murray Green installed 20 solar panels on his roof and a Tesla battery in his garage in August 2016 (Supplied: Murray Green )

Andrew Stock, who has more than 40 years of experience in the energy industry, said in some areas people should not wait for the price to drop.

“It is many, many times more expensive to import [electricity] so if you can install batteries, if they are modest in size and you have solar on your roof, that will allow you to offset that expensive power you draw from the grid,” he said.

Energy economist and director of Carbon and Energy Markets, Bruce Mountain, agreed South Australians would benefit from installing batteries sooner rather than later.

“That is simply because battery and solar prices have come down, and in South Australia energy prices have gone up so much,” Mr Mountain said.

Mr Mountain said he wanted the Federal Government to invest more in the local industry to bring down solar battery costs, instead of seeking to subsidise coal fire power generators like Liddell.

“They can accelerate the installation of these batteries, they can grow a local equipment suppliers and often than incentive creates new industry and scale economies,” Mr Mountain said.

“The household would benefit, but the system as a whole would benefit as well, because a household of battery and solar gives to the grid a far more stable demand,” he said.